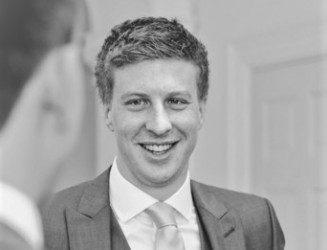 Alex Hybs of Bristol based Stute Foods has been included on the coveted '42 under 42' list as compiled by South West Business Insider magazine.

Each year, the regional business magazine recognises 42 inspirational entrepreneurs and business leaders under the age of 42.

The list includes leaders from start-ups and established companies alike, all of whom are really going places and who the magazine is tipping as the rising stars of the business world.

A celebration dinner will be held at the Harbour Hotel in Bristol in 4th July 2018 which will be attended by a select audience of successful entrepreneurs and business leaders and is dubbed as one of the region's top business networking evenings of the year.

‘Alex Hybs is the third generation to take Stute Foods’ products to the world. The 28-year-old is following in the footsteps of his father Laurence (the managing director) and Grandfather Dennis, who founded the company in the 1960s as a modest importer of German jam into the UK.

These are the sweetest of times for the Clifton-based jam company. Alex is taking the lead internationally after being brought in to focus on developing new markets. More than 50 per cent of Stute’s business now comes from exports.

The next big target is China, where high levels of diabetes makes the Stute Foods range of “no added sugar” jams a selling point’.